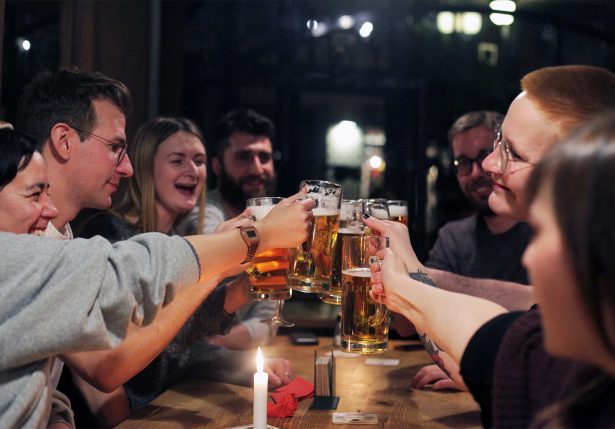 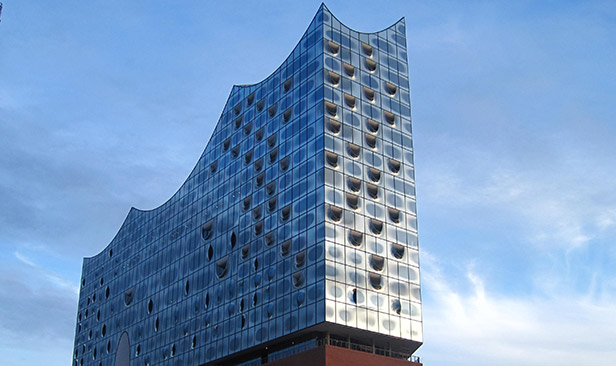 Hamburg’s gleaming philharmonic building is the city’s new crown jewel. Finish your tour right next to it and visit for free for stunning views over the harbour. 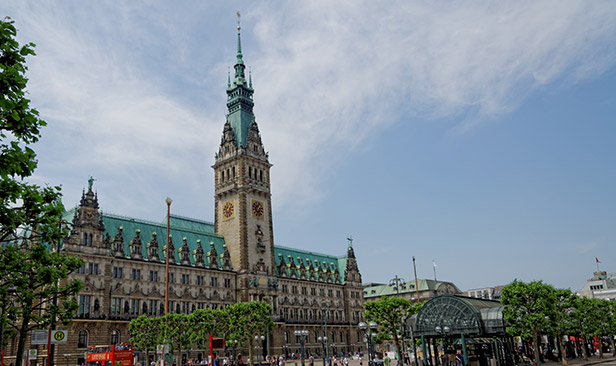 The stunning neo-renaissance town hall took more than 40 years to build and has been the seat of Hamburg’s government for over a century. 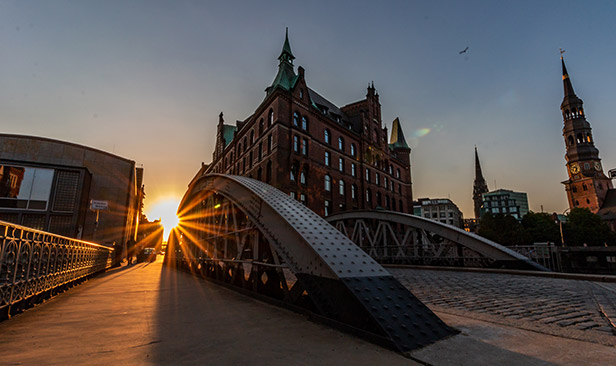 This UNESCO World Heritage site is a collection of charming brick-built warehouses and was once the beating heart of Hamburg’s harbour. The remaining buildings are lucky to have survived flooding and WWII, and the whole area s now being developed into a whole new city district. 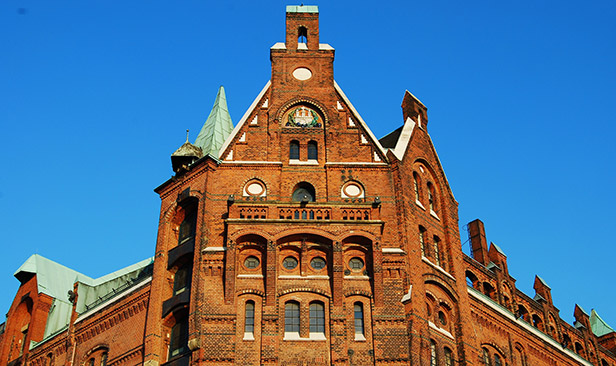 Shipping companies the world over built ornate headquarters in the German port city. They may be put to other uses these days, but their distinct charm is a key part of Hamburg’s look. 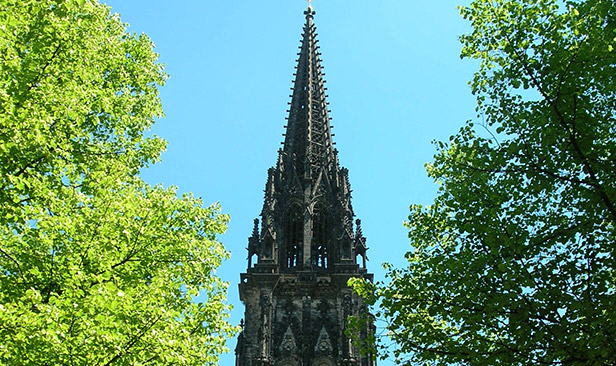 The tower is all that remains of the magnificent Nikolai church. The impressive structure now functions as a memorial for the tens of thousands of people killed in the bombing raids of the Second World War.

Much of Hamburg’s wealth and success can be attributed to just one man: Albert Ballin. The son of Jewish immigrants, Ballin’s humble beginnings didn’t stop him from launching one of the world’s largest shopping companies, HAPAG, turning Hamburg into the largest port of departure for Europeans setting sail for the ‘New World’ at the end of the 19th century. 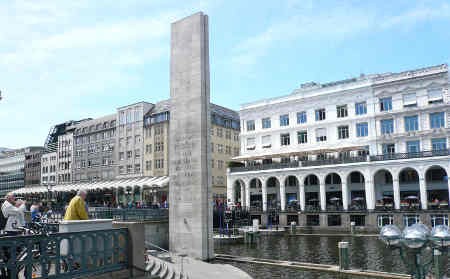 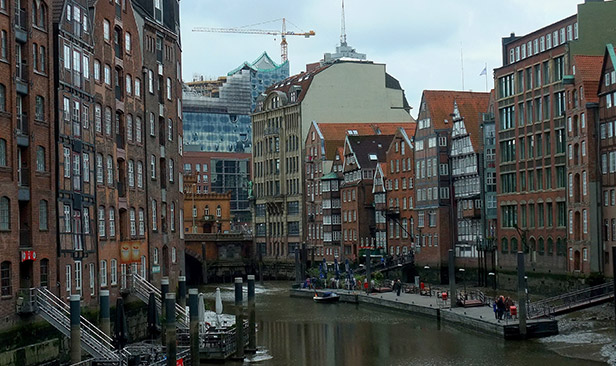 Unofficially the cutest street in Hamburg, Deichstrasse is where the devastating Great Fire of 1842 broke out, destroying much of the picturesque old town. 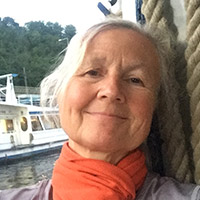 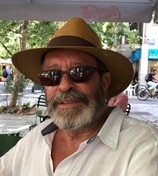 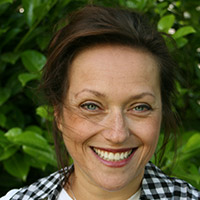 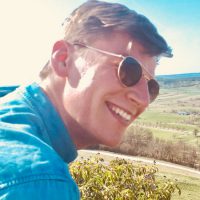 We’ve developed a holiday pattern of once a year going to a new European city for a week, learning as much as we can about the history of the place and part of that has always been fulfilled through a walking tour. This pattern started in Berlin with the Original Berlin Walks a few years ago, so this year whilst on holiday in Hamburg we decided to use the sister company. John Silk was our guide and as with the Berlin walk, what we really loved is that you get to spend a few hours with a knowledgable local who’s also studying in the city, and they give you a far more engaging experience than your usual ‘To your left is something or other’ type of tour. We learnt lots about both the history, attitudes and personality of Hamburg, aswell as getting some great recommendations from John (Alles Elbe craft beer place in St Pauli - Danke Sehr!) Thoroughly recommend weaving a Hamburg Original Walks tour in to your holiday.

Entertaining and interesting. learned a thing or two while having a fun tour. thanks to our guide Jason.

We booked this tour through Viator. The description of the meeting place, the war memorial near the Rathaus, is somewhat confusing but we found it without too much difficulty. Adriana was waiting for us and was well prepared. Our party was small, only four people, so it was like a private tour and absolutely excellent value. Adriana was well informed, a great communicator and aware of the needs of her party. She told us much of the history of Hamburg and pointed out the major sites of interest. She gave us time to both digest the wealth of knowledge which she had shared and to explore the Rathaus and St Michaelis at our own pace. The tour could not have been better, thank you, Adriana.

I joint Adrianas tour earlier this month and had a wonderful, very informative morning. I lived in Hamburg for over a year already but haven't visited quite a few places of the tour. She knew a lot of information about the history of Hamburg and shared even some funny stories. I already decided to take my mum on one of her tours the next time she is visiting Hamburg.